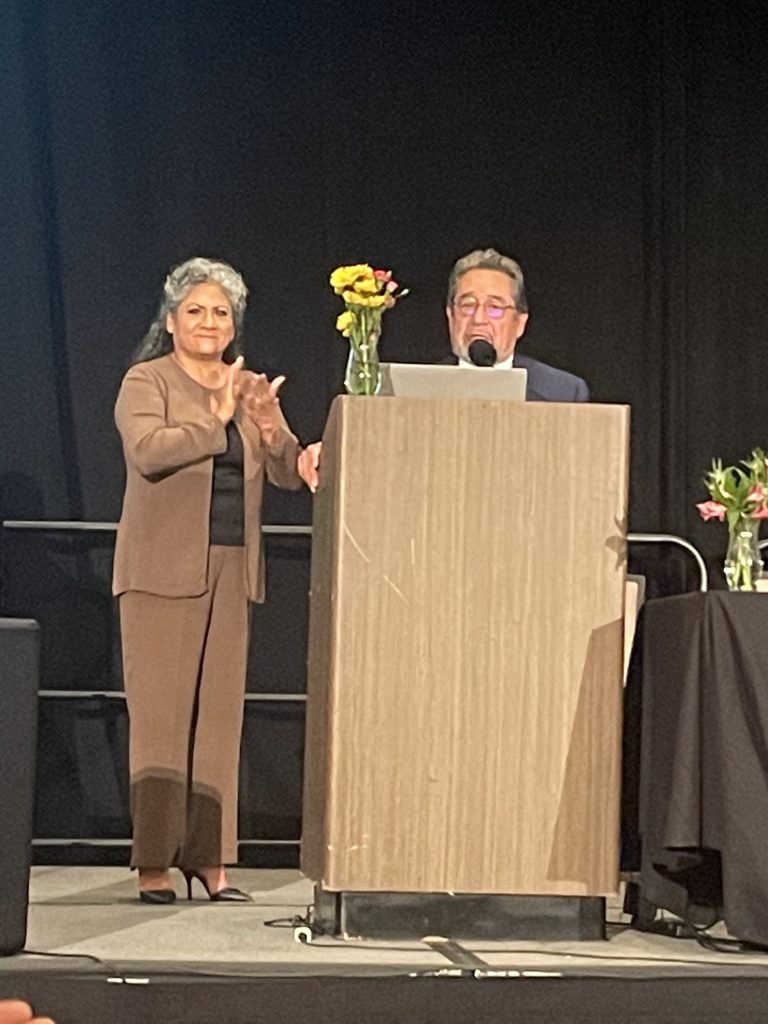 “It is truly an honor to be recognized by my esteemed colleagues who have dedicatedly worked alongside me in many capacities for many years to strengthen our legal community,” said Judge Alaniz.

Judge Alaniz retired from the Metropolitan Court last December after serving on the bench for more than ten years. Upon his retirement, Judge Alaniz stepped in as the interim director of the New Mexico Board of Bar Examiners, where he focused the Board’s work on New Mexico’s adoption of the Uniform Bar Exam. The position was permanently filled in April, and Judge Alaniz resumed his role as Chair of the Board and also serves as Co-Chair of the Character and Fitness Committee.

Judge Alaniz is a native New Mexican who received his bachelor’s degree in accounting from Eastern New Mexico University, his MBA from the UNM Anderson School of Management, and his law degree from the University of New Mexico.

While studying law, Judge Alaniz was elected as Student Bar President. He served as chair of the Young Lawyers Division of the State Bar of NM and later served as its President. He was nominated by the late Justice Gene E. Franchini and inducted into the Anderson School Hall of Fame.

Judge Alaniz was appointed to the Criminal Division of the Metropolitan Court in March of 2011, where he oversaw misdemeanor and traffic cases and felony cases in the preliminary stages. He served as the court’s Chief Judge from 2014 to 2017, where he advocated tirelessly for equal funding for the judiciary to the state’s legislature and community groups, among other administrative duties.

In addition to serving in the leadership role with the court, Judge Alaniz served on numerous committees, both statewide and internal. He presided over the court’s Homeless Court program in his time as Chief Judge and over the Community Veterans Court in recent years.

Prior to serving on the bench, Judge Alaniz worked in private practice for many years and also as a prosecutor in the Second Judicial District, and as a New Mexico Gaming Control Hearing Officer.

Judge Alaniz received the prestigious award with his wife Maria by his side, who continues to be his strongest supporter.